Jon Butcher said, "Most people don't know what they want out of life". He & Missy said that we (the people who started and finished Lifebook) know what we want out of life. The new year is approaching. People set New Year's resolutions, but the majority of people don't accomplish their New Year's resolutions by the end of the year on December 31st. For the Life Vision category we were asked to visualize where we saw ourselves 5 years from now for our Life Vision. A common question that is asked is, "Where do you see yourself 5 years from now?" I think most people have difficulty projecting into the future. I think more people are better at rehearsing past problems or reminiscing good times than we are about future planning. Since most people fail at their New Year's resolutions within the time span of 1 year, I think even more people are likely to fail to be where they want to be 5 years from now.

What do you think? 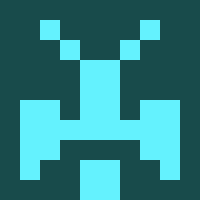 Rajesh Masrani
2 months ago
I think it's upto the individual and their willpower. In the past, I've made small daily goals that I struggled to keep up with. as much as its important to remain present, i do think that planning ahead is very important.
0ReplyReport